Many local riders including several from TRC are looking forward to riding a 10 mile TT on the Thanet Way early next Sunday morning.

Let’s hope the weather is dryer than today!

As with many of these events, Bob Giles at the VTTA is short of marshals.

If you are able to help many of us would be really grateful – VTTA will also give you £10 to cover your expenses.

Firstly. a note about track safety. There was a near miss incident at this Betteshanger time trial where a rider stopped and dismounted on the racing line in front of another rider who was still competing. Fortunately, the following rider was able to get around this rider and avoid a collision. Please be aware of all other riders on the track and make your way to the track exit carefully when you have completed your ride.

Regarding the time trial itself, this was held in warm conditions, although the sun soon disappeared before the end. As usual, there was a breeze which we all expect at Betteshanger. There was a total of 41 riders signing,which included 8 juniors.

There were some very good times posted by the juniors, some of which may be PB’s? Dougie Tulett and Millie Dack broke through the 30 minute barrier, while top spot went to Alex Dack with 26.22. Ferne Peirce was the fastest girl in second place with a time of 27.34.

It was very tight at the top amongst the senior riders. Just five seconds separated two of the riders from the club’s GoRide scheme, with first place going to Ollie Robinson (19.47) just ahead of Dan Martin (19.52). Our fastest woman rider was Faye Faiers, who recorded a time of 27.04.

Times of all riders can be found in the PDF files included in this report.

Many thanks to the band of helpers: this week they were Terry Fearn, Andrew Morrell, Malcolm Adams, Paul Griffiths, Andy McCall and Dave Mastin..

Due to the non-lifting of the Covid restrictions due to have taken place on 21st June, I have had to cancel the club’s open 25 mile time trial. This is due to the non-availability of the event HQ in the light of the continued lockdown measures announced yesterday.

Today we headed to Pippingford Park for the South East MTB Championships.

Really hot day, with a very technical, hilly course but beautiful setting in the Ashdown Forest.

In the under 10’s Harriet had her best race of the season, mastering a technical element in the woods and long climb out of it to take the title for 2021. William also had his best mtb race, coming in a strong 4th position.

In the under 16’s race which started at lunchtime, my Garmin recorded 30 degrees on the start line! A great course with everything in it, I came in exhausted and 4th.

Those on Spond will have seen that there is no session tomorrow.

From next week 12th June, we will be moving the sessions back to Betteshanger Country Park to join up with the VC Deal youth sessions so we can all benefit from bigger groups and more coaches (so I don’t need to cancel if I’m racing!)

Sign up will be available on Spond soon and the sessions will run at the slightly later time of 10:30-12

I will share a new parental consent form, but if I have one already from either Ringwould or Monday nights, I don’t need another!

As always, email me with any questions trcgoride at gmail.com

Round 4 of the Southern MTB series took place in the stunning grounds of the Holywell Estate.

The under 10’s again having a big field of competitors, took on a hilly course on the edge of the woods. Harriet took look 2nd place with William having a much improved race coming in 6th.

I took part in the youth race, over a 4km course which had everything, long grass, gravel, hills and a lot of technical challenges in the woods, finishing 5th. 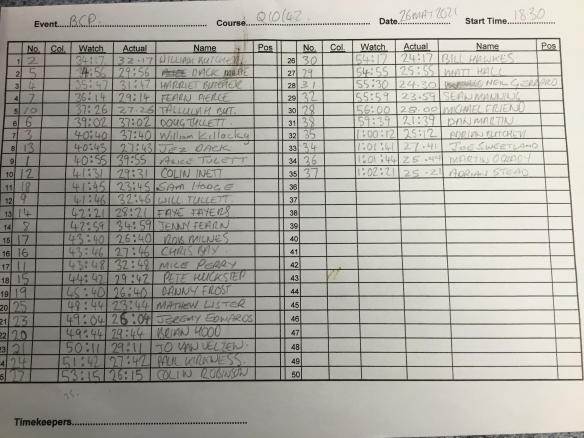 We screened a film with great pleasure about the history of the Thanet Road Club at our inaugural festival five years ago. This year we have the International Premiere Screening of PHIL LIGGETT: THE VOICE OF CYCLING at the Ramsgate International Film & TV Festival. The festival will be running online due to the current situation and the difficulty or organising a physical festival successfully.

The Ramsgate International Film & TV Festival presents the International Premiere in association with Pro Cycling Outlet of Phil Liggett: The Voice of Cycling, directed by Nickolas Bird and Eleanor Sharpe, the team behind the acclaimed documentary Mamil. In competition for the Anchor Awards, ‘Phil Liggett: the Voice of Cycling’ tells the life of legendary television commentator Phil Liggett MBE, inextricably entwined with the history of professional cycling. During a career that has spanned five decades, 15 Olympic games and 47 Tours de France, Phil Liggett has been there for every key moment in cycling over the last half century. The heroic triumphs, the appalling tragedies, the scandals and the controversies; Phil has seen it all, and told us about it with passion, knowledge and his trademark wit. As much as anyone, Phil Liggett has shaped the way the world sees cycling.

The screening, which will take place on Saturday June 5, at 18.15 on Ramsgate Digital Cinema will be followed by a live Q&A with the Directors and Phil Liggett himself.

Tickets are FREE but must be pre-booked on www.ramsgatedigitalcinema.co.uk from June 1st (donations welcome).

Thanks to the Ramsgate International Film & TV Festival.